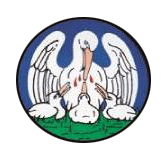 The Pelican is used as a symbol of the Eucharist since the Pelican bird feeds its young by piercing its own flesh and taking blood from itself to feed its chicks. This is like Christ’s offering of Himself on the cross in atonement for our sins. Through His Passion and Death on the Cross we now have the Sacrament of Eucharist in which the bread and wine are changed into the Body and Blood of Our Lord. Like the Pelican, Christ’s manner of feeding us is through His self-sacrificial love.
The Pelican also appears on the Coats of Arms of Archbishop George Pell, and of Corpus Christi College at Oxford and Cambridge. Oxford and Cambridge are two of the greatest Universities in the world and were established in the thirteenth century. Many of the colleges in Oxford and Cambridge were established by Catholic religious orders for the education of their members and still retain reminders of their Catholic heritage, especially on their Coats of Arms. Within the quadrangle of Corpus Christi College in Oxford there is a large column on which is perched a statue of a Pelican. The words ‘Corpus Christi’ are Latin for ‘Body of Christ.’